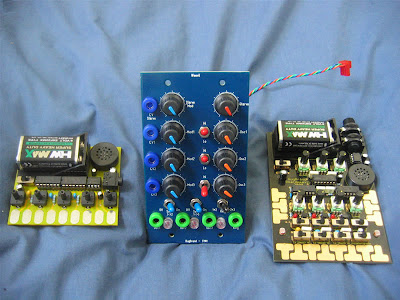 We Three Weevils
Postcard // SYN1 // Board 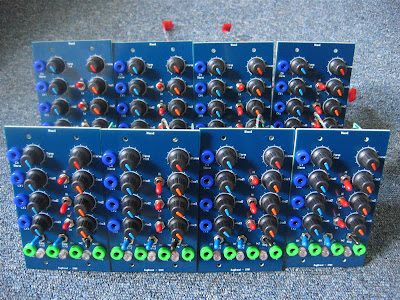 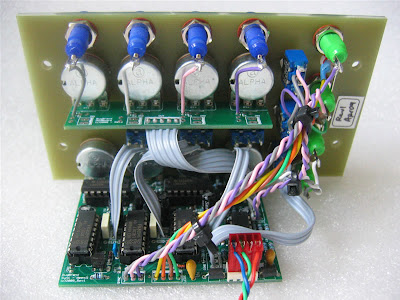 SYN1 Rear
Posted by BugBrand at 12:00 No comments: Links to this post

Here's an initial view of the prototype PortaCase - slightly rough around the edges, but a good starting point for producing a few of these for the initial 12 system users. 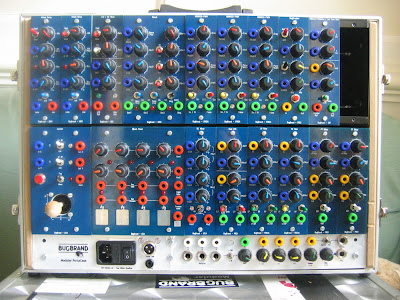 [edit - from the comments - yes, the IEC power socket will be moving to the left-hand side of the case. This will also allow for some air vents in the panel where the IEC socket is currently. The panel will end up being similar PCB material to the module panels, but the proto was just DIY perspex with silver sticky printed covering]

The pic also shows some of the new modules I've been working on including:
CTL2 Joystick
PRC3A State Variable Filter
UTL4 Dual DC Mixer
PRC4 Dual LoPassGate
Posted by BugBrand at 11:19 2 comments: Links to this post

I just got back from a couple of workshop events in Spain - building the W.O.M. - now with new red PCBs with gold contacts...

The BIKE organisers in Bilbao were really on the case for documentation and have uploaded a great set of pictures from the workshop. Check the Flickr set here. 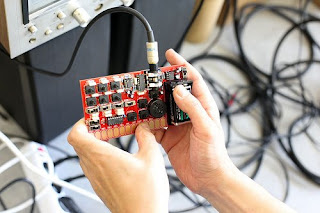 By the way, a few more of the kits are now available from the online bug-shop.
Posted by BugBrand at 09:31 No comments: Links to this post 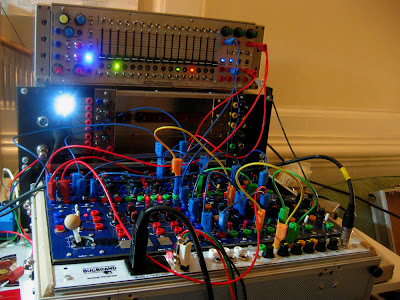 I just completed a prototype compact case for travel playing (more details shortly). Playing last night I dug out the Klee Seq that I built a year or two ago - dusted it off and it started running rings around the room, a very fun machine.

The Klee outputs (CVs and Gates) control two simple voices - each voice has just a SYN2A VCO followed by a PRC3A SV Filter + control from an ENV1 Attack/Decay. I added a little osc->filter cross modulation between voices too. From this simple setup, with the speed and power of the Klee, come some thick and gnarled technoid wobbles. I recorded 45 minutes straight up, running with the flow and here are a few snippets (all live, single takes, no effects, straight recordings) - needs decent speakers or headphones.